Residence Permit for employees and self employed persons in Germany 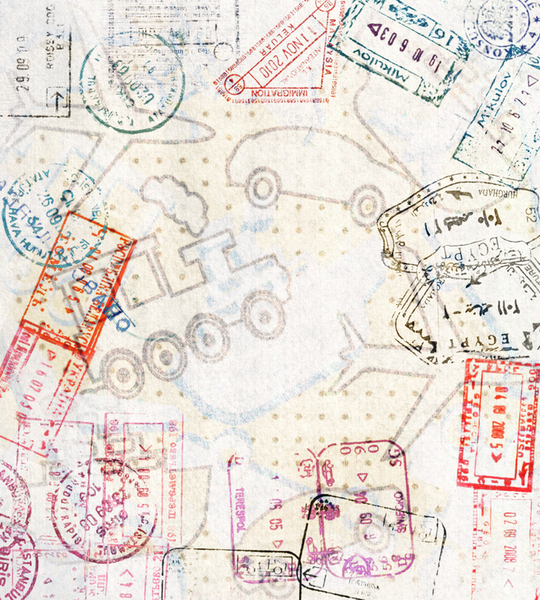 1. Right of residence of foreign nationals from the EU, the European Economic Area (EEA) and Switzerland

For answering the question as to whether a foreign national, i.e. everyone who is not German, may reside in Germany, the initial decisive criterion is the country from which s/he comes, or his/her nationality.

Citizens of the European Union and of the European Economic Area (Iceland, Liechtenstein and Norway) on principle do not require a residence title. These citizens are entitled, on the basis of the right of free movement, to freely move about in Germany and to reside there for a period of up to three months.

When citizens intend to stay in Germany for more than three months, the provisions of the Act on the General Freedom of Movement of Union Citizens must apply to them, e.g. as employees, self-employed persons or job-seekers (for a maximum of 6 months) or as EU citizens who are not gainfully employed, as well as students or trainees, each of whom must dispose of sufficient own resources and health insurance cover. Family members of an EU citizen entitled to free movement (spouses, registered equal-sex partners in a quasi-matrimonial relationship, children and other family members to whom a person entitled to free movement grants support) also enjoy the EU freedom of movement. They do not require a residence title f.

Nevertheless, a citizen may lose his/her right to general free movement, if the prerequisites for the freedom of movement lapse within five years after the commencement of permanent residence in Germany (for instance because the citizen is unemployed for more than 6 months and/or no longer disposes of sufficient resources).

A permanent right of residence may be granted after a period of legal residence of five years.

Citizens with Swiss nationality are obliged to notify their stay when it lasts longer than three months and apply for a purely declaratory Residence Permit-Switzerland.

When a foreign national does not come from the European Union, Switzerland or the European Economic Area, but from a third country, a residence title is on principle always required. The relevant details are explained in the following articles.

Foreign nationals from a third country, i.e. not from the European Union, Switzerland or the European Economic Area, on principle always need a residence title for their stay in Germany. We distinguish among the following residence titles, each of which is subject to different prerequisites and conveys the right to stay for different periods: visa, residence permit, EU Blue Card, Settlement Permit and Permanent EU Residence Permit.

A visa is required for entering Germany. It is on principle issued for a period of up to 90 days within a 180-day-period.

For nationals of Andorra, Australia, Brazil, El Salvador, Honduras, Israel, Japan, Canada, Monaco, New Zealand, San Marino, South Korea and the USA, it is sufficient, if they apply for the visa only after entering Germany (unless they intend to become gainfully employed).

All other foreign nationals are obliged to apply for a visa at the competent German diplomatic mission abroad before entering Germany.

The Residence Permit is a residence title for a limited period of time, which is on principle granted only for a specific purpose of residence. Such purposes may be:

The EU Blue Card is issued for a limited period of up to four years or, for longer-term employments, for the term of the employment contract plus three months. The prerequisites for the issuance of an EU Blue Card are:

A foreign national who is a holder of the EU Blue Card may obtain a permanent settlement permit, after s/he has held a relevant qualified job for at least 33 months and paid contributions to general pension insurance during this period. If the foreign national has German language skills at level B1, the required contribution period is 21 months.

The Settlement Permit is a residence title unlimited in time, which in addition grants the right to work in Germany. As a rule, the prerequisites for obtaining a settlement permit are the following:

The Permanent EU Residence Permit is also a residence title not limited in time, which grants the right to take up gainful employment. The difference to the Settlement Permit is that the Permanent EU Residence Permit entitles the foreign national to obtain a residence title limited in time in another Member State of the European Union. The prerequisites for obtaining this permit are the following:

3. Right of Residence in Germany - Employees

For EU citizens and nationals of the countries belonging to the European Economic Area and for those of Switzerland, the freedom of movement of workers applies in general. They do not need a work permit to work as an employee in Germany. For EU citizens, citizens from the European Economic Area and citizens of Switzerland, legal residence indeed often results from the fact that they are working as employees in Germany.

In contrast, foreign nationals from a third country (countries not belonging to the European Union, the European Economic Area and Switzerland) may on principle work in Germany only, if this is expressly stated in the residence permit. These foreign nationals therefore always require a residence title and a work permit in order to be able to work as employees in Germany.

A special provision in addition applies to foreign nationals holding a university degree. Subject to certain prerequisites, they may obtain an EU Blue Card which constitutes a special residence title. Residence in Germany within the scope of the EU Blue Card serves the purpose of pursuing an employment in Germany that is commensurate with the qualifications.

For EU citizens and nationals of the countries belonging to the European Economic Area, the freedom of movement of workers applies in general, so that they are able to become self-employed in Germany without holding a residence permit.

Foreign nationals from third countries (i.e. countries not belonging to the European Union, the European Economic Area, and Switzerland) may obtain a residence title by exercising a self-employed activity. The general prerequisites for the granting of a residence permit for the purpose of exercising a self-employed activity are:

Whether these prerequisites are fulfilled in the individual case is also assessed on the basis of the viability of the business idea, the entrepreneurial experience of the foreign national, the amount of capital employed, the impact on the employment and training situation and the contribution to innovation and research. To enable the competent authority to examine the application, foreign nationals are as a rule obliged to submit many documents. Among these are the company profile, business plan, business concept, funding plan, CV describing the professional career, evidence of qualifications, proof of health insurance cover, and tenancy agreement or evidence of residential property.

The residence permit is limited for a maximum period of three years. In the event that the company successfully established itself and achieved its objectives, and the foreign national is able to provide sufficient means of subsistence for him/her and his/her family members from the income, a settlement permit may be granted. Sufficient means of subsistence in addition includes sufficient health insurance cover and sufficient living space. This settlement permit then grants the foreign national an unlimited right of residence in Germany.